The most intense problem I find with Facebook is how it generates a social system where there is no true capacity for connection. People are falsely connected, and the condition of its infinity makes it impossible to stay true. There may be openness - which is truly a pure illusion - people show what they want others to see, mostly never their truest beings. There may be connection - which is truly a pure illusion - people are virtually connected, yes, and the possibility of expressing anything to each other is also true, but the essential infinity of Facebook makes it impossible to connect at heart, since human beings are not beings capable of dealing with infinity when it comes to communication, for there to be purposefulness and meaning there have to be boundaries. Hence, Facebook creates a form of connection that is vitally superficial, since it generates the necessity for quantity and not quality. The potential of being connected to infinity destroys the very essence of true connections, which is to find meaningful people and remain in correspondence with them, not to keep finding and finding and finding new people virtually without end, which is what makes Facebook so tempting, but ultimately a destruction of human truth.

FAKE and HARMFUL EXPERIENCE. Former facebook executive Chamath Palihapitiya said people on facebook “curate our lives around this perceived sense of perfection” to get rewarded with “hearts,likes, thumbs up” and conflated that with value and truth.

“Instead, what it really is, is fake brittle popularity that is short term and leaves you even more vacant and empty”, needing another hit he suggested that this “vicious circle” drives people to keep sharing posts that they think will gain other people’s approval.

Well said, Luigi! The only way to cultivate real, genuine human connection is through face-to-face interaction and the slow, deliberate process of building relationships. Facebook is quite the opposite of this. Though Facebook is an easy way to stay in touch with some seriously close friends, it is no substitute to meeting people and developing true friendships. I investigate this a lot in my work, where I use theater and performance techniques to build relationships and bring awareness to the harm excessive technology use can do. Your words allow us to think critically with regards to where we put our attention. Thanks Luigi!

The Low Tech Trek's mission is to cultivate genuine human relationships and facilitate human interaction.  This community is geared towards discovering ways in which we can develop empathy, active listening, and awareness.

Studies on social media particularly facebook shows that it is psychologically addictive, getting our infinite attention. Along with social comparison and fear out of missing out caused a lot of harmful effects to its users. The problem here is without these attention addictive features facebook is insignificant.

The issue with facebook is not the condition of its infinity but more with how it was design in the first place. They wanted your attention as long as possible and they do not care much if is unhealthy and not socially meaningful. That is real the problem.

It’s not just social media, it’s all media that is often fiction.

I have spent time doing some freelance investigative journalism and spying and what I found was horrific. I would witness many important events in person where there were relatively few other bystanders. But then I found that news coverage was not only off, it was sometimes even saying the opposite of what I had witnessed. What we see in the news isn’t an actual account of things that happened. What we get is actually just whatever the “authorities” and political forces report and they very often choose to report counter propaganda which is a complete fiction. That then gets amplified by an “echo chamber” of people who write articles based not on first hand reporting but just off of what “authorities” or other articles say. Social media an even bigger echo chamber where reality loses all form. That is why some wise people have said to know reality you need to shut the media off.

The best source of online truth I found is live video streaming. This means you can see what is going on, there is proof, and the truth can’t be manipulated easily.

You’ve got a point in there. That is why I get my news and information most of the time from such well established and highly respective media organization such as the New York Times, The economist and Time magazine.

@Patmc “The only way to cultivate real, genuine human connection is through face-to-face interaction and the slow, deliberate process of building relationships”. YESSS thank you I agree &

@Luigi thanks for starting this thread!! It’s a bold but necessary thing humanity must face now. I think people believe FB is harmless- but so are donuts one at a time… a weekly visit might be ok but getting sucked in is very easy- the old displacement theory of technology. Bringing us somewhere else, making us think we are socializing- but we are socializing with empty shells.

The intentions were good, but FB is the empty calories of the human social experience. I wish a leader or sports figure would stand up and be true to humanity and talk about this publically.

So, this came in today: 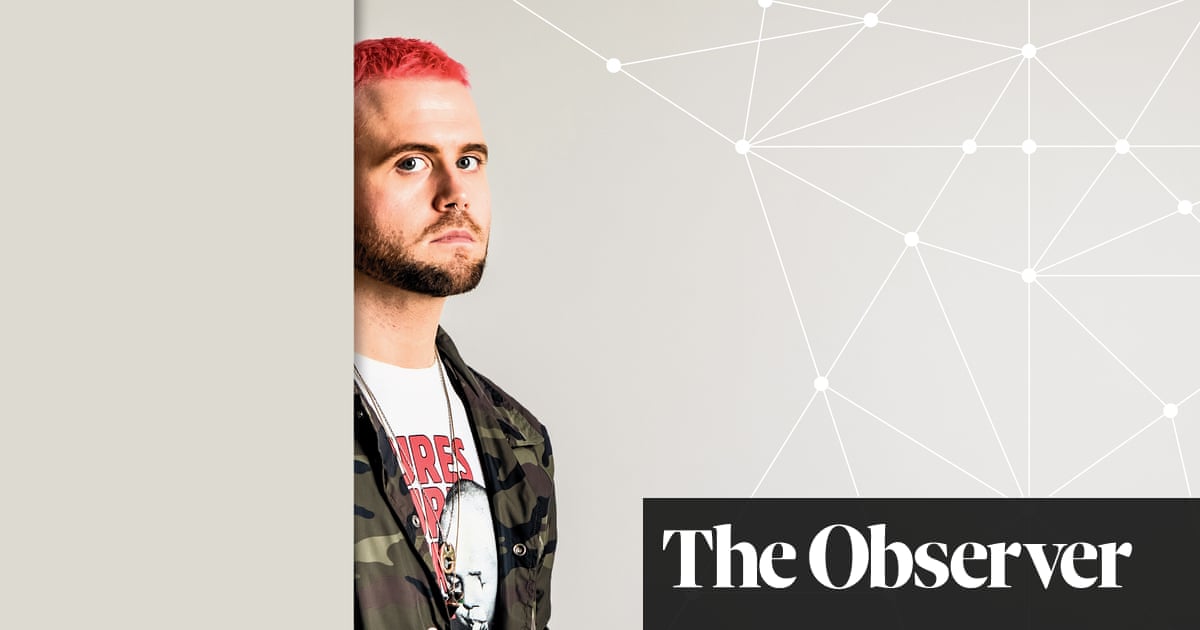 The problem is both. Its infinity sinks you into the rabbit-hole, makes you forget why you’re even there, which for many is to connect, but its infinity makes it impossible to concentrate on connection, while all at once it disrupts the capacity for conscience. Its design keeps you inescapably within.