“But in Europe, where history has proved that domestic threats can be as devastating to democracy as those from abroad, freedom of speech, while a constitutional rights, comes with a certain caveats. Restricted in scope and linked to a specific threats, these limitations are based on the premise that protecting certain ideals, such as the public good or human dignity, can justify what an individuals are allowed to say.” https://www.nytimes.com/2019/08/06/world/europe/el-paso-shooting-freedom-of-speech.html

Why social media like facebook and twitter are littered with all kinds of hate and propaganda from white supremacist, hate toward LGBT, people of color, toward women. And its top people routinely defended on keeping these accounts and post active.They say they would not want to engage in censorship
Are these companies really concerned with free speech? Women are banned for having negative views towards men, generally don’t allow nudity in fb and instagram. When a trans person stated that concept of gender was dumb.Instagram sent a reminder the user should not conduct hate in the platform. But if you search discrimanatory language in fb it shows how hate filled the platform is. It have been found out that the algorithm of these tech companies mirror the views and biases, often white men, who created them and it shows that it reinforces racism and help radicalized people. Tech companies de-emphasize some hate but promotes others. In this sense the freedom of speech ring hollow. The hypocrisy of it all.

Every time when news comes that an extremist/terrorist spread some hate speech on the Internet, particularly social media, and then went out and killed innocent people primarily in Western countries, or news comes that netizens’ freedom of speech was suppressed and their posts regarding political issues or scandals were removed swiftly on social media in countries like China (where I was born and raised), I clearly feel the difficulty in appropriately defining and managing freedom of speech within a particular political and cultural context.

There is no doubt that freedom of speech is one of the most fundamental human rights. What lies under the controversy, I feel, is the difference between the focus of human values between the Western world and the Eastern world (not completely including all the countries, but roughly this could be proper classification of regions regarding this issue). Countries such as the U.S value individualism, while countries like China value collectivism.

For very long, China has been widely criticised by the west for its censorship and tight restrictions on freedom of speech, while there are Chinese criticising the violent bloodshed and online trolls happening abroad. When I observe closely, besides the fact that there is oftentimes lack of cultural and political understanding as well as respect, the complexity of the issue is becoming too huge for a single individual/nation to comprehend. Opponents who support more freedom of speech state that opinions do need to be heard, while components of it value order and harmony more with the loss of the right to criticise Communist Party of China publicly at scale to avoid chaos in society. I have talked with some party members before, and they told me that it is a compromise. There is a role for media, both internal and domestic, to play in this, but the feeling among Chinese people towards the situations in the western world is that people have great freedom of speech but they also risk getting shot by guns when walking on the street.

Then there’s technology, which is an amplifier of both humanity’s beauty and ugliness. Algorithms of social media platforms, for now, cannot effectively judge the appropriateness of the content. They disseminate content more likely to go viral, and provocative statements and hate speech alike are being circulated on an enormous scale. Tristan Harris said that “freedom of speech is not freedom of reach”. To me, this is another example where there are two kinds of vacuums - policy vacuum, lack of regulations to deal with such problem; and conceptual vacuum, lack of understanding of the technology and the ethical issue it causes at the root level.

But I am optimistic because subtle changes are happening. Understanding is happening, public discussions are happening both across the globe, and more and more people from all walks of life are participating in this discourse. In terms of freedom of speech, we are seeing more pressure on online platforms, but it’s not enough. As what we are doing in HTC, I think the current phase is still at the stage where we are raising more awareness and calling for more attention and participation towards a world we want to live in.

the feeling among Chinese people towards the situations in the western world is that people have great freedom of speech but they also risk getting shot by guns when walking on the street.

That’s an hyper generalization and distortion of the western world. In Europe for example we have freedom of speech but no shootings in the street. Guns are very uncommon among people, I don’t know anybody owning one. Extreme individualism and freedom of owning guns as a means of self justice I’d say are a prerogative of US.

Sorry I did not phrase it precisely. The feeling is more towards the U.S., but the worry around the risk of terrorism in Europe is quite prevalent in China. No matter it’s about the outside world’s view of China or China’s view of the outside world, different media has different presentations coming from their angles, hence it’s hard to achieve objectivity and find out the complete truth.

China has plenty of terror and always has: 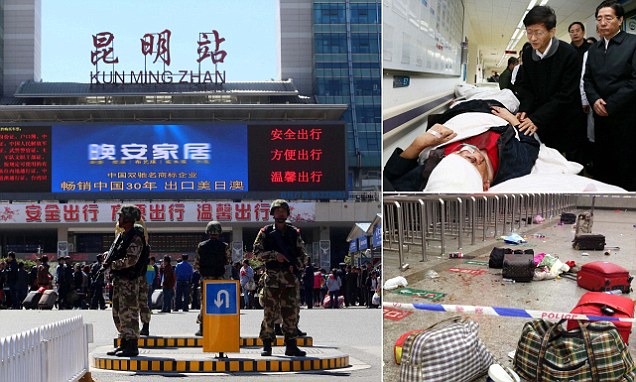 One of the female attackers was shot dead by police, while another was captured and taking to hospital after the bloody rampage at Kunming Railway Station in Yunnan province. 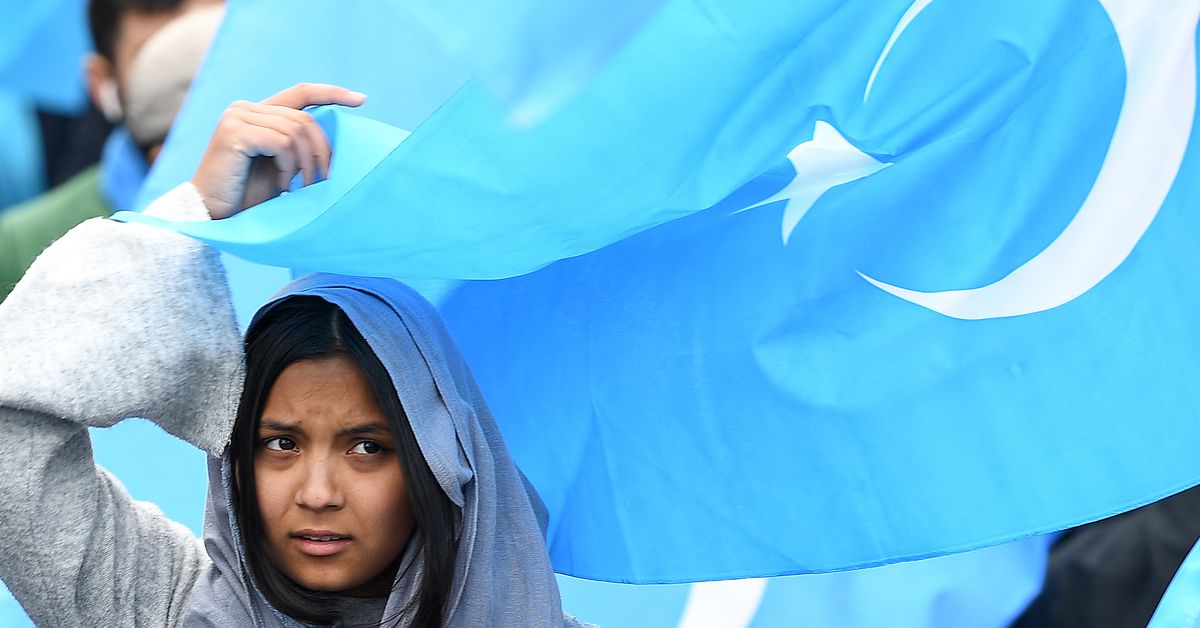 China’s reeducation camps for Muslims are beginning to look like...

In my opinion I would visit Mexico or any dangerous corrupt regime in the west 100 times before even flying near china.

I have met many Chinese nationals some older than me who denied tiananmen square massacre:

Chinese troops storm through Tiananmen Square in the center of Beijing, killing and arresting thousands of pro-democracy protesters. The brutal Chinese

Could not disagree with the above post more. Each country has killers, to say one does and one doesn’t is disingenuous blind nationalism covered in naivety.

It seems to me that China is a free market dictatorship that clings to communism in name only to maintain status quo control.

USA is doing the same thing, keeping capitalism at all costs, and discarding that pesky constitution and bill of rights and anything inconvenient to the billionaires club.

@micheleminno the mass shootings that happened in so called western countries Sweden, New Zealand and USA in recent memories, these mass shootings are related to racist anti-immigrants white supremacist ideology. White supremacists from such countries as the USA, Germany, UK, Australia etc. are reenforcing their beleif system through the internet particularly social media. They are communicating with each other. What @Saiyu says was true. This is a western countries phenomenom. In the USA a lot of people including from tech are calling for social media to stop amplyfying hate speech from these people. Some people are even considering repealing or changing the most important law of the internet section 230. That shield platforms from being sued because of the users’ content on their site. And by the way there is too much freedom of speech in the USA particularly online. It is sensible if the hate speech caused potential or real harms or loss of lives in real life, it must be stop.

Major social media tech companies such as Facebook, Youtube and Twitter are banking on the use of complex algoirithm to flag racist and hate speech in light of the recent mass shooting and violence linked to hate speech online. “But two new studies show that Ai trained to identify hate speech may end actually amplifying racial bias.” They are actually biased agains black people speech. https://www.vox.com/recode/2019/8/15/20806384/social-media-hate-speech-bias-black-african-american-facebook-twitter?utm_campaign=vox&utm_content=entry&utm_medium=social&utm_source=facebook&fbclid=IwAR129LvM19R9Jc_Ssf1ukjMgRf31As-TlL-oaLiT6gI9DUtK6UJn69a0FRo

lol no, san bernadino was jihad, fort hood, shoe bomber, boston bombing, 9-11, and over and over so dead wrong on that, the white nazis are causing some shootings but muslim terrorists are doing far more violent crimes for nationalism and jihad than the nazis could ever dream of.

@Broodwich There is double standard on multiple tech platforms, they are actively taking off posts from muslim extremists and terrorist like ISIS, Al Queda etc. But as we can see hate speech from white supremacist, neo nazis, white nationalist and others are a a lot in the web and facilitating in engagement and inspiring extremist discourse online. The unchecked white supremacy, hate and violence has spread from multiple tech platforms given them unprecedented ability to coordinate attack to vulnerable people and amplify hate. Imho multiple tech platforms should not only check muslim extremism but white extremism as well. @Broodwich are you justifying these horrible acts because other groups are doing it? the other side can do it too? If you want comparison you can read the history of white racism and violence from nazism, colonization, slavery and apartheid. I’m familiar with this kind of reasoning and logic. Evil is Evil.

I know I noticed it for years one of the reasons I left facebook, the arbitrary “community standards”.

It’s very strange but don’t feed them, I think the big tech companies have zero interest in keeping the people safe regardless of religion or where they come from or their agenda.

It’s all about liability and how it looks in court, as far as USA corporations are concerned. But yes evil is evil I agree with that and don’t want to appear as drawing straws on that.

But I reported hate speech and inceitement to facebook many times and they always said this doesn’t violate community standards. Blood libel, beheadings etc that is fine, revisionist history all that fine let it be posted and admin’d by someone pushing false narrative who doesn’t allow challenge of views/opinion. That’s fine.

But nudity especially female nudity and you’re banned instantly hahaha it’s so bizarre. A pretty naked girl seems like the focal point of all the great art and the model is paid, I don’t think anyone is hurt by that, but it violates the standard.

An eleven year old boy taking off someones head with a butterknife that is fine though, game on all day. So I couldn’t be part of it and had to take a step back.

Before social media, these voices congregated in dark shadowy out of earshot places, now they are getting more bold. Regular people need to stand up to it just like any time in history.

Supremacy should never be allowed and bystanding = complicancy.

And I disagree wholeheartedly that the muslim pages are being taken down and the nazi ones are not that is imo your culture bias based on what you choose to read and the sites you choose to visit. I am not sure the ratio but I in no way “ustifying these horrible acts because other groups are doing it? the other side can do it too? If you want comparison you can read the history of white racism and violence from nazism, colonization, slavery and apartheid. I’m familiar with this kind of reasoning and logic.”

I am sorry if you inferred that but I can assure you 90% of my family was murdered by the above, I have forgotten more about it than you have ever “read”.

At the end of the day if a hater is waving the swastika or the koran it makes no difference to me, I never said it did, please don’t call me in mentions again, this thread is a waste.