An important and informative article that considers pros and cons and the ‘dark side’ of Central Bank Digital Currencies that are researched across the world, and will have huge ramifications that are hardly discussed in the public sphere.

“Across the world, the overwhelming majority of central banks are actively researching or developing CBDCs with plans, in some instances, to rollout either a wholesale or retail CBDC for operational use.”

“In many instances, a clear public policy rationale, democratic mandate and legal authority have yet to be established or secured. […]”

“Despite potential benefits, CBDCs do possess a grave danger or ‘dark side’ given that, under certain design specifications, they can provide governments and central banks with the ability to deploy totalitarian systems of state surveillance and control which undermine basic freedoms, sovereignties and economic welfare in general.”

"Only vigilance as well as holding government and central banks accountable for their actions will ensure that CBDCs are not misused [in ways] that radically alters:

which are essential to maintaining political and economic freedoms which have been the bedrock of western civilisation for centuries."

The article is by the Australian economist John Adams, and also discussed at The potential Orwellian horror of central bank digital currencies | Hacker News 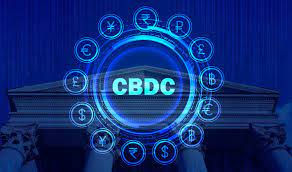 As citizens around the world are confronted with the severe curtailment of political, economic and cultural freedoms associated with COVID-19 risk mitigation strategies (e.g., lockdowns, mandatory vaccinations and/or vaccine passports), new risks to...