Following up on this tweet by Elon Musk (found trough LI), I just watched this MUST SEE and MUST SHARE documentary!

You have all heard a lot about AI and robotics, and maybe you are enthousiastically working on AI projects yourself. This great documentary puts everything together, and offers a disturbing look on our near future. I am not talking 10 or 15 years from now. This tech revolution is already well underway! 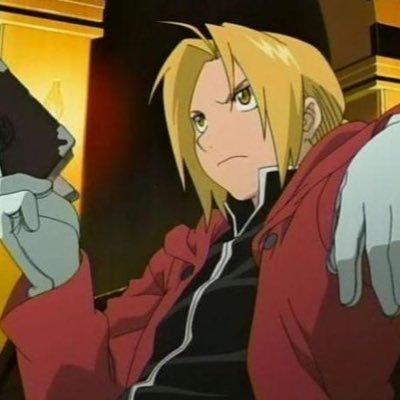 Nothing will affect the future of humanity more than digital super-intelligence. Watch Chris Paine’s new AI movie for free until Sunday night at https://t.co/WehHcZX7Qe

Here it is the documentary, and it will clearly put into focus what the fight for Humane Technology is all about, and convey the URGENCY:

Original location at Do You Trust This Computer

The video is no longer watched from the original location (but it contains snapshots and artwork to share in social media). Watching is still possible from YouTube however:

3 Likes
How do we avoid a Brave New World, reverse dystopic trends?
Welcome from Tristan Harris, co-founder of CHT
Who does technology think we are?
patm April 9, 2018, 6:56am #2

I watched it and was profoundly shaken.

A good complement to this documentary–which is beautifully written and produced–is Sherry Turkle’s book Alone Together: Why We Expect More from Technology and Less from Each Other. In addition to summarizing the results of hundreds of interviews, she describes the effects of robots on both children in preschools and senior citizens in care homes. Turns out that the seniors became more attached to the robots, a sad comment on the loneliness and impersonal nature of these “homes.”

Thank you for watching @patm! Yes, everyone that watched this so far has been shocked quite a big deal. This is an eye-opener documentary! And I see that its still free to watch… hope it stays free.

I was curious to find out more on the speed of development, so I looked up the facts on the development of Go-playing AI that was highlighted in the docu:

New York Times, 1997: “It may be a 100 years before a computer beats humans at Go – maybe even longer” said Dr. Piet Hut, an astrophysicist at the Institute for Advanced Study in Princeton, N.J., and a fan of the game.

I believe the final score was 3-0 for the AI…

And not much later the same year the even much harder problem of beating humans at Texas Hold’em Poker was tackled: https://duckduckgo.com/?q=ai%20texas%20hold%20poker

So what does that say of people today who are saying that “Development of superintelligence still needs more than 100 years of AI development, if it is even possible”??? According to Elon Musk it could be as much as 5 years from now.

(PS For those of you put off when hearing about superintelligence, please note that the documentary is only partly on that subject, and mostly on what we already have today, and the fact that there exists no regulation at all.)

Will these tips be helpful in creating benevolent, superhuman AI, or are they naive?

I think that at the point AI gets to general artificial intelligence level, is able to make itself better or becomes conscious (all these can be separate things and one happening doesn’t necessarily mean that another one would too), nobody really knows what will happen. Some researchers suggest that AI should not be developed to the direction of self-consciousness at all. My take on that is that’s pretty hard to achieve, as we don’t even really on deep level understand what that direction is! I would think that giving some structure that helps AI to “understand” human thoughts, perhaps even experience things like we do (art, stories) might be much better than many other possibilities. And that will also happen almost guaranteed - because there exist great need for it. The question then becomes will we be able to understand what we are building - and together with that goes, who actually are & how open the processes will be. Currently AI community is quite open. That could change though and also there isn’t good understanding about how development effects on multiple levels: individual, groups like families etc., society level. I will write about this more in dreamsorientedcomputing.com, but it will take some time (there are many other chapters/pages before that to write).

What I like from the documentary is that it provide the full context of AI, not just the superhuman part. It is easily watchable and - while it may be a bit sensationalized at points - gives a good indication how disruptive this field will be… especially when combined with robotics, one of the other important fields of the tech revolution.