When Apps Get Your Medical Data, Your Privacy May Go with It.

“Americans may soon be able to get their medical records through smartphone apps as easily as they order takeout food from Seamless or catch a ride from Lyft.”

“But prominent medical organizations are warning that patient data-sharing with apps could facilitate invasions of privacy — and they are fighting the change.” There is a risk that this data sharing scheme might be used to deny you a job or insurance coverage. 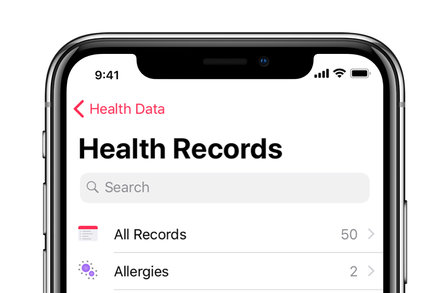 When Apps Get Your Medical Data, Your Privacy May Go With It

Medical groups are warning that new federal data-sharing rules, enabling people to get their health records through a smartphone, could lead to invasions of privacy.

When Apps Get Your Medical Data, Your Privacy May Go With It

Americans may soon be able to get their medical records through smartphone apps as easily as they order takeout food from Seamless or catch a ride from Lyft.

But prominent medical organizations are warning that patient data-sharing with apps could facilitate invasions of privacy — and they are fighting the change.

The battle stems from landmark medical information-sharing rules that the federal government is now working to complete. The rules will for the first time require health providers to send medical information to third-party apps, like Apple’s Health Records, after a patient has authorized the data exchange. The regulations, proposed this year by the Department of Health and Human Services, are intended to make it easier for people to see their medical records, manage their illnesses and understand their treatment choices.

Yet groups including the American Medical Association and the American College of Obstetricians and Gynecologists warned regulators in May that people who authorized consumer apps to retrieve their medical records could open themselves up to serious data abuses. Federal privacy protections, which limit how health providers and insurers may use and share medical records, no longer apply once patients transfer their data to consumer apps.
The American Medical Association, the American Hospital Association and other groups said they had recently met with health regulators to push for changes to the rules. Without federal restrictions in place, the groups argued, consumer apps would be free to share or sell sensitive details like a patient’s prescription drug history. And some warned that the spread of such personal medical information could lead to higher insurance rates or job discrimination.

“Patients simply may not realize that their genetic, reproductive health, substance abuse disorder, mental health information can be used in ways that could ultimately limit their access to health insurance, life insurance or even be disclosed to their employers,” said Dr. Jesse M. Ehrenfeld, an anesthesiologist who is the chair of the American Medical Association’s board. “Patient privacy can’t be retrieved once it’s lost.”

Enabling people to use third-party consumer apps to easily retrieve their medical data would be a milestone in patient rights.
Dr. Don Rucker, the federal health department’s national coordinator for health information technology, said that allowing people convenient access to their medical data would help them better manage their health, seek second opinions and understand medical costs. He said the idea was to treat medicine as a consumer service, so people can shop for doctors and insurers on their smartphones as easily as they pay bills, check bus schedules or buy plane tickets.
“This is major, major, major,” he said. “The provision of health care will be brought into the app economy and, through that, to a much, much higher degree of patient control.”

The regulations are part of a government effort to push health providers to use and share electronic health records. Regulators have long hoped that centralizing medical data online would let doctors get a fuller, more accurate picture of patient health and help people make more informed medical choices, with the promise of better health outcomes.

In reality, digital health records have been cumbersome for many physicians to use and difficult for many patients to retrieve.

The new regulations are intended to banish such bureaucratic hurdles.

Dr. Rucker said it was self-serving for physicians and hospitals, which may benefit financially from keeping patients and their data captive, to play up privacy concerns.
“All we’re saying is that patients have a right to choose as opposed to the right being denied them by the forces of paternalism,” he said.

Dr. Rucker’s office developed the one that would allow patients to send their electronic medical information, including treatment pricing, directly to apps from their health providers. It will require vendors of electronic health records to adopt software known as application programming interfaces, or A.P.I.s. Once the software is in place, Dr. Rucker said, patients will be able to use smartphone apps “in an Uber-like fashion” to get their medical data.

To foster such data-sharing, a coalition of tech giants — including Amazon, Google and Microsoft — has committed to using common standards to categorize and format health information. Microsoft, for instance, has developed cloud services to help health providers, insurers and health record vendors make data available to patients.

“What that lets an individual consumer do is to connect an app or service of their own choice into their health care records and pull down data about their historical lab tests, about their medical problems or condition, about medication prescription,” said Josh Mandel, chief architect for Microsoft Healthcare.

The regulations are expected to become final this year. Health providers and health record vendors will have two years to comply with the A.P.I. requirements. Electronic health record vendors that impede data-sharing — a practice called “information blocking” — could be fined up to $1 million per violation. Doctors accused of information blocking could be subject to federal investigation.
Brett Meeks, vice president of policy and legal for the Center for Medical Interoperability, a nonprofit that works to advance data sharing among health care technologies, said it would be better for regulators to help foster a trustworthy data-sharing platform before requiring doctors to entrust patients’ medical records to consumer tech platforms.

“Facebook, Google and others are currently under scrutiny for being poor stewards of consumer data,” he said. “Why would you carte blanche hand them your health data on top of it so they could do whatever they want with it?”
Physicians’ organizations and others said the rules failed to give people granular control over their data. They added that the regulations could require them to share patients’ sensitive medical or financial information with apps and insurers against their better judgment.

The current protocols for exchanging patients’ data, for instance, would let people use consumer apps to get different types of information, like their prescription drug history. But it is an all-or-nothing choice. People who authorized an app to collect their medication lists would not be able to stop it from retrieving specific data — like the names of H.I.V. or cancer drugs — they might prefer to keep private.

Dr. Rucker said that current information-sharing standards could not accommodate granular data controls and that privacy concerns needed to be balanced against the benefits of improved patient access to their medical information.

In any case, he said, many people are comfortable liberally sharing personal health details — enabling, say, fitness apps to collect their heart rate data — that are not covered by federal protections. Patients, he said, have the right to make similar choices about which apps to entrust with their medical data.
“A lot of this actually will be enforced by people picking apps they trust from brand names they trust in exactly the same way that people don’t let their banking data and their financial data just go out randomly,” he said.

Apple’s Health Records app, for instance, lets people send a subset of their medical data directly to their iPhones from more than 300 health care centers. Apple said it did not have access to that information because it was encrypted and stored locally on people’s personal devices.

But even proponents of the new regulations are calling for basic privacy and security rules for tech platforms that collect and use people’s medical information.

“The moment our data goes into a consumer health tech solution, we have no rights,” said Andrea Downing, a data rights advocate for people with hereditary cancers. “Without meaningful protections or transparency on how data is shared, it could be used by a recruiter to deny us jobs,” or by an insurer to deny coverage.
Natasha Singer covers privacy for The Times. She also teaches tech ethics at The School of The New York Times, the company’s pre-college program. @natashanyt

It will be a murky legal issue as personal health data is protected under hippa and all kinds of safeguards for privacy that are loosely defined. Basically if the patient thinks their data isn’t private, the onus of privacy is on the corporation to comply or be in violation. I assume they (big tech) will buy their way out as always like when supreme court rules telecoms are immune to class action because the customer signs arbitration clause in each purchase contract so they have no right to sue. Not good…

We have instant access to certain lab work on the web, supposedly “protected”. That’s dubious enough, but I don’t think I want to involve an app running on a mobile device. It just seems top be the most vulnerable surface (unless you count the numerous IoT devices that have unsophisticated, non-updated firmware). Speaking of Lyft, how many have had Lift charging your card for rides in another country? I have more than once and I have read that I am not alone. Maybe the charge didn’t go through an app, or maybe?

It’s all relative. Many kiosk screens on USA ATM’s that are active and in service are running windows xp in 2019, seems legit.

If you really want to have a heart attack, go to any air traffic control tower and ask them to update software lol. Much of western infrastructure is held together by shoestring software that was not secure when the year had a 19 in front.

That is why ATP advanced persistent threat is working so well against USA: everything and everyone is always online and it’s just too easy.

A red flag steering wheel inside the ride-hailing service app now identifies drivers who are members of the Communist Party.