The trend of public shaming - book recommendation and discussion topic

I’d like to write about the phenomenon of public shaming, which is something that has always existed, but made so, so much worse by the online world we’re living in today.

I first started really thinking about this a couple years ago when I read the book “So You’ve Been Publicly Shamed,” by Jon Ronson. The book goes over a few “case studies” in public shaming; it uses as examples a few people who each (semi-briefly) became targets of the internet hate machine that we are all familiar with. Many/most of them lost their careers, spent time in psychiatric facilities, or committed suicide after their perceived “offenses”.

A single example - in 2018 probably no one remembers this (as they shouldn’t), but one person profiled was Justine Sacco, who became a meme/infamous for a few news cycles after posting a slightly tasteless joke about AIDS on twitter while on a flight to Africa. When she landed, it had “gone viral” on a massive scale, she had already been doxxed (she posted anonymously), and hundreds of thousands of anonymous people felt the need to weigh in, sending her hateful messages and death threats and whatnot.

The pressure on her employer ended her career, she changed her name, and spent some years working in a non-English speaking country until the heat died down, so to speak.

Today, this happens all day, every day, thanks primarily to Facebook and Twitter. There’s a million examples of it. Frequently, people become targets for something un-likeable or ignorant they tweeted or posted many years ago, when they were children or teenagers. I’m lucky I’m old enough not to have had a Twitter when I was a teenager and I’m sure many other people feel the same way.

I know personally how stressed I can get when 1 person calls me a dumb asshole on reddit, or whatever, and this is one reason I don’t even use most social media if I can avoid it. If I were unlucky enough to “go viral” in a negative way on this scale, I don’t think I’d be able to deal with it. There are several examples of people just straight up committing suicide after being targeted.

Sometimes people become targets for doing “actual bad things.” In my opinion, just like with the death penalty, it doesn’t matter what someone has done because the penalty is so severe, is always applied arbitrarily (did it go viral or not?), and because there is no recourse whatsoever.

Before the internet, this phenomenon was at least limited by how fast gossip could travel by word of mouth or how many people read a newspaper. Today, there are no constraints on how many people can target a previously unknown individual for doing something that society, or even a small faction of society, disagrees with. Just ask any of the women unlucky enough to be tangentially involved in “Gamergate.” Frequently there is massive collateral damage after someone gets doxxed as well, and family members, friends, or people unlucky enough to live at addresses associated with targets, all of these people will become targets as well.

This needs to stop, but personally I think there is no hope and it will only get worse. Thank you for reading.

This is something I am also concern about and a reason why I am not on Facebook nor Twitter. On these platforms, especially on Twitter, a lot of the nuances of the discourse get lost. If we add this to the fact that a lot of people don’t know how to debate, you have a cocktail of ignorance. I just think it’s naive to think that you will be understood on Twitter or FB.

For me, the solution to this problem is that people should leave social networks, hehehe, but I know that is almost impossible. I wonder if people don’t have anything else to do than to be angry and judge and insult others or express their opinion 24/7 and think they are always right. I find this hilarious! What happened to being humble and learning from others?

Anyway. So far my answer to this is to not participate in this public shaming and to give people the benefit of the doubt.

hi Solenold, thanks for your post ! I did not know about the Ronson book, will def have a look a it

As someone particularly interested by matters of law and justice, i’m struck by how internet public shaming :

as you are, i’m quite skeptical about the possibility of stopping this phenomenon. i don’t see any policy or education having impactful effect in the short term in having people realize how cautious they should be about public shaming.

Just to chime in here, this is a major issue for journalists, which is what I do. Especially for independents, like me. My answer, I am embarrassed to admit, has been to hide, essentially. As Ta-Nehisi Coates did by deleting his Twitter account. 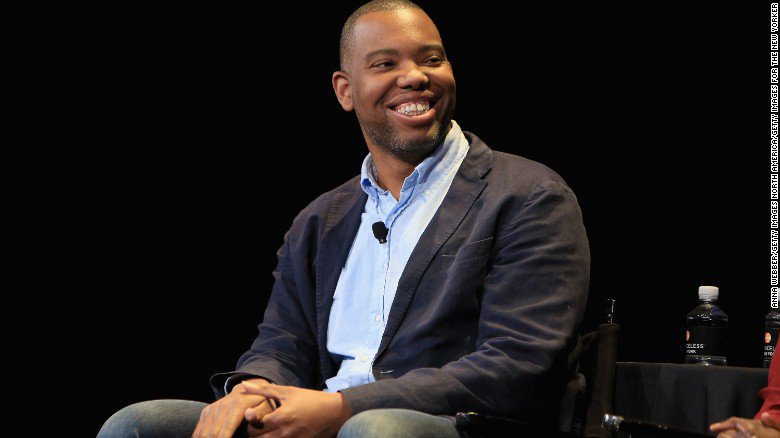 Ta-Nehisi Coates just deleted his Twitter account after arguing with Cornel West. Here are some of the big names who dumped their handles in 2017 https://t.co/AexNPrSDj1

Mine is down to 7,000 or so. But I just post to show my stories in my podcasts. I don’t engage, at all @digitalskeptic.

My idea was, similar to how sports broadcasts, don’t show the dopes who run out on the field, maybe we just ignore social. We know so little about what a “Follower” or a “Like” is, They are such unreliable sources for real facts.

Another idea, is focusing on disclosure or peer review of what happens in a social media company, similar to how food or pharma companies must disclose ingredients.

I know there is a hunger for that information, at least for my audience.

To me that might be the place to start.

I appreciated your post. As a victim of online shame and internet defamation - I nearly lost my career and emotionally was torn apart due to one vindictive woman. I was one of the lucky ones. Fortunately I was able to sue the person stalking and attacking me - I won a landmark case back in 2006. I wrote my second book - Google Bomb that shared that story - and provided the legal road map.

By 2011 - 2012 - I started realizing all the young people dying from what is now considered bullycide. I was 40+ years old when I was verbally (electronically) maliciously attacked online. My days were dark - you feel like you can barely make it out, but I had the maturity to know that eventually I would survive. These kids didn’t.

I wrote my latest book - Shame Nation: The Global Epidemic of Online Hate - which is about preventing, surviving and overcoming digital disasters. I including over 25 contributors and experts from around the globe. Firsthand stories help people know they can rise above this online hate. From teens to young people to adults - Shame Nation is a must read for everyone. It also provides digital wisdom, resources and inspiring stories.

I hope this helps. I’ve been in theses shoes. My digital Scarlet letter nearly ruined my life - it’s something you never forget.

The best news is - there are so many resources today to help people overcome and survive cyberbullying and shaming.

It’s a shame we even have to be concerned with this - but unfortunately, there will always be someone that wants to hurt people.

I read that book too! I’m also very concerned by this trend. It’s scary that my life could blow up at any moment because of a perceived transgression, and it’s scary that I used to participate by following and enjoying these scandals on Gawker and Twitter. Private citizens should not have to be thinking about public image and crisis management.