How Photos of Your Kids Are Powering Surveillance Technologyu 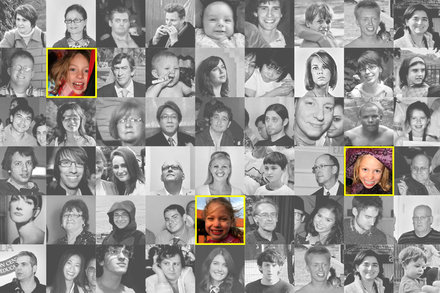 How Photos of Your Kids Are Powering Surveillance Technology

Millions of Flickr images were sucked into a database called MegaFace. Now some of those faces may have the ability to sue.

“The pictures of Chloe and Jasper Papa as kids are typically goofy fare: grinning with their parents; sticking their tongues out; costumed for Halloween. Their mother, Dominique Allman Papa, uploaded them to Flickr after joining the photo-sharing site in 2005.”

“None of them could have foreseen that 14 years later, those images would reside in an unprecedentedly huge facial-recognition database called MegaFace. Containing the likenesses of nearly 700,000 individuals, it has been downloaded by dozens of companies to train a new generation of face-identification algorithms, used to track protesters, surveil terrorists, spot problem gamblers and spy on the public at large.”

Normally through the years parents share their kids photos in the social media. Of course during those times nobody can predict that it would contribute to surveillance technology. I think one thing everyone should keep in mind before posting the internet doesn’t forget.

20 years from now: world elite host unethical super database of all human dna gleaned from old data storage sold to them by Netscape. What a world…