Article by "Hooked: How to Build Habit-Forming Products." author 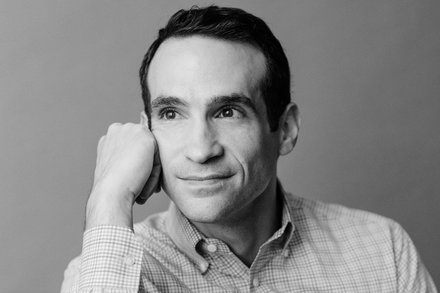 Addicted to Screens? That’s Really a You Problem

Nir Eyal, who wrote the industry manual for hooking people on tech, now has a recipe to free you — even though it was your fault to begin with.


Addicted to Screens? That’s Really a You Problem
By Nellie Bowles
9-11 minutes

Nir Eyal, who wrote the industry manual for hooking people on tech, now has a recipe to free you — even though it was your fault to begin with.

Nir Eyal does not for a second regret writing Silicon Valley’s tech engagement how-to, “Hooked: How to Build Habit-Forming Products,” even as he now has a new book out on how to free ourselves of that same addiction.

In his original manual for building enthralling smartphone apps, Mr. Eyal laid out the tricks “to subtly encourage customer behavior” and “bring users back again and again.” He toured tech companies speaking about the Hook Model, his four-step plan to grab and keep people with enticements like variable rewards, or pleasures that come at unpredictable intervals.

But that was 2014. That was when making a slot-machinelike app was a good and exciting thing. When “seductive interaction design” and “design for behavior change” were aspirational phrases.

Now in the latter days of 2019, Mr. Eyal has a new best seller. This one is called “Indistractable: How to Control Your Attention and Choose Your Life.”

Mr. Eyal, 41, is not alone in this pivot. Since “Hooked,” whistle-blowers like Google’s former in-house ethicist, Tristan Harris, have popularized the idea that phones are unhealthy and addictive. Onetime executives at Facebook and WhatsApp have turned into tech critics. At Stanford University, the researcher B.J. Fogg, who ran the Persuasive Tech Lab, has renamed it the Behavior Design Lab and is now starting to roll out tools to reduce screen time.

“A movement to be ‘post-digital’ will emerge in 2020,” Mr. Fogg wrote last month. “We will start to realize that being chained to your mobile phone is a low-status behavior, similar to smoking.”

Unlike the other newly wary, though, Mr. Eyal does not think tech is the problem. We are.

“We talk about addiction, but when it comes to Candy Crush, really? Facebook? We’re not freebasing Facebook. We’re not injecting Instagram here,” Mr. Eyal said one morning over croissants at New York’s Bryant Park. “These are things we can do something about, but we love to think the technology is doing it to us.”

And so in “Indistractable,” which was published last month, Mr. Eyal has written a guide to free people from an addiction he argues they never had in the first place. It was all just sloughing off personal responsibility, he figures. So the solution is to reclaim responsibility in myriad small ways.

For instance: Have your phone on silent so there will be fewer external triggers. Email less and faster. Don’t hang out on Slack. Have only one laptop out during meetings. Introduce social pressure like sitting next to someone who can see your screen. Set “price pacts” with people so you pay them if you get distracted — though be sure to “learn self-compassion before making a price pact.”

Not surprisingly, Mr. Eyal’s new book has some critics scoffing.

“Nir Eyal’s trying to flip,” said Richard Freed, a child psychologist who supports less screen time. “These people who’ve done this are all trying to come back selling the cure. But they’re the ones who’ve been selling the drugs in the first place.”

“I’m sure the cigarette industry said there’s just a certain number of people with a propensity for lung disease,” he added.

Mr. Eyal said he was not reversing himself. His Hook Model was useful, certainly, and he believed in the tactics. But it was not addicting people. It’s our fault, he said, not Instagram’s or Facebook’s or Apple’s.

“It’s disrespectful for people who have the pathology of addiction to say, ‘Oh, we all have this disease,’” he said. “No, we don’t.”

Mr. Eyal is not contrarian by nature. He is likable and wants to be liked. Born in Israel, he grew up in a suburb of Orlando, Fla. After college, he worked for Boston Consulting Group before starting a solar panel installation firm, Sunshine Business Development.

But business was hard. Mr. Eyal thought it was amazing that Silicon Valley founders could start businesses without any physical inventory, so he went to Stanford University for business school and founded a company to sell advertising into Facebook gaming apps. That’s where he learned the tactics that tech companies use to engage people.

Mr. Eyal decided to bottle the techniques. “I wanted to democratize these tools,” he said.

So he wrote “Hooked” and spread the Hook Model. Mr. Eyal then spent years touring and offering his services as a consultant to companies including The New York Times.

Given that the tech itself is addictive, Mr. Harris argued, the onus for fixing this is not on the individual.

“Books advocating for better self-control distract the public from the truly alarming issues created by technology at a time when we need urgent change,” he said. “Millions of kids have been downgraded by tech platforms. Misinformation on the climate crisis runs rampant, destroying truth and stalling action. Our democratic processes are suffering.”

Last year, Mr. Harris expanded his nonprofit organization, the Center for Humane Technology, to serve as a hub for tech dissidents.

From a distance, Mr. Eyal watched the tech backlash unfold. He became annoyed. And he didn’t quite buy Mr. Harris’s argument. If screens were so bad, Mr. Eyal wondered, why weren’t people addicted to LinkedIn? Why did so many apps not take off?

There was a problem, yes, but the thinking was all wrong, he decided. Using the language of addiction gave tech users a pass. It was too easy. The issue was not screens but people’s own minds, and to solve the problem they had to look within.

And the solutions were useless, he said.

“I got myself a feature phone that had no apps. I got on eBay a word processor, and all it does is let you type. I made my phone grayscale, which only ruined my pictures,” he said. “I tried a digital detox, but I missed audiobooks and GPS.”

And he was still distracted. He would tidy. He would do laundry. He would read random books.

“Technology was not the problem, or at least not the root cause,” Mr. Eyal said. “I had not dealt with why I was delaying.”

In 2015, he was on his phone while his young daughter was trying to talk to him, without success. That prompted him to start writing “Indistractable.”

Thinking through the solutions brought him back to another time in his life. Mr. Eyal used to be obese, and he kept returning to how he got himself in shape. The proliferation of crash-course digital detoxes reminded him of the 30-day fad diets he used to try.

He lost weight only when he thought about why he was eating, he said.

That’s why the solution he proposes in “Indistractable” is slow. It involves self-reflection. He argues that many times we look at phones because we are anxious and bad at being alone — and that’s not the phone’s fault.

The phone-hooked need to figure out why they are so uncomfortable waiting in line without their screen and what they fear around them, he wrote. They need to keep a tight calendar so they know exactly what they’re missing out on.

It is hard and sort of annoying advice.

“If you hold your breath waiting for companies to make their products less engaging, you’re going to suffocate,” he wrote.

“Indistractable” is now selling well, but one thing is different. After “Hooked,” Mr. Eyal was feted in the tech world. This time, he is finding a quieter public reception in Silicon Valley.

“I’m not getting much of an audience out there,” Mr. Eyal said, citing the dominance of the addiction narrative. “This is the latest boogeyman, and people love it.”

A version of this article appears in print on Oct. 7, 2019, Section B, Page 1 of the New York edition with the headline: 5 Years After ‘Hooked,’ Author Has Antidote to Tech Addiction. Order Reprints | Today’s Paper | Subscribe

You have 4 free articles remaining.

At Stanford University, the researcher B.J. Fogg, who ran the Persuasive Tech Lab, has renamed it the Behavior Design Lab and is now starting to roll out tools to reduce screen time.

“A movement to be ‘post-digital’ will emerge in 2020,” Mr. Fogg wrote last month. “We will start to realize that being chained to your mobile phone is a low-status behavior, similar to smoking.”

Super interested to learn more about Mr. Fogg and the Behavior Design Lab. Anyone here have experience with the lab?

This would be a good community to field test the lab’s tools for reducing screen time.

Here is an interesting article about the scientists who make apps addictive including B.J. Fogg, the founder of “behavior design” and Nir Eyal the author of Hook:How to built habit forming products. This was first posted by @aschrijver somewhere.Thanks. https://www.1843magazine.com/features/the-scientists-who-make-apps-addictive

yes also on humane tech I didn’t search but remember a thread where a guy I think the dev of siempo made an analogy of todays 5 or so dominating big tech companies to the tobacco industry. Maybe many years from now people will view these harmful inhumane practices the same way that we view advertising cigarettes to children and all other miladies from the cigarette cartel today. In many ways allowing corporate america to exploit this addiction to smartphones or any part of the attention crisis is much the same. IMHO 24 hour news is also analogous in that it’s an extremely harmful social norm we all except and benefits the ownership and no one else.

Big Tech is different though in that it has siezed a huge amount of the “free” market action in a short time, oil and telecom and big pharma took much longer to dominate the entire economy.