What is section 230 the most important law of the internet

How it protects freedom of expression and innovation on the internet. https://www.eff.org/issues/cda230

For a counterpoint, try this one: https://www.theamericanconservative.com/articles/social-media-platforms-or-publishers-rethinking-section-230/

@penmanship Polician Want to Change the Most Important Law of the Internet. They Should Read it First. How they get it wrong. “Section 230 makes clear that it doesn’t premise on political neutrality” “Neither does it force tech companies to assume the role of publisher ot platforms. Its reason for existence is simple internet platforms are not same as the users.” “The law describe users as the publishers of their own speech and distinguishing them from the platform, who are hosting users’ generated-content. The platform can filter,censor, edit user content without becoming the speakers” "The liability shield of the act is not meant to force websites to be politically neutral entities. But neither its purpose is to protect the worst actor on the internet-it is intended to cultivate and encourage moderation.
"The section is a broad liability shield under which the platforms may engage in whatevet content moderation is necessary to keep their platforms from devolving into anarchy or worse. 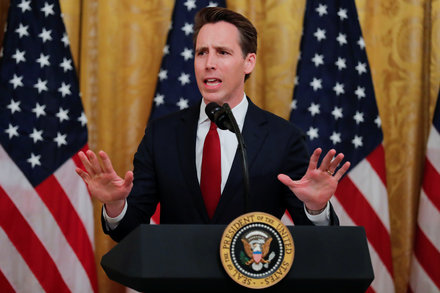 Opinion | Politicians Want to Change the Internet’s Most Important Law. They...

The law is neither long nor inscrutable. So why do people keep getting it wrong?

Richard, can you see that there’s a disconnect between the EFF’s piece (which lacks nuance and omits the negative outcomes that CDA 230 enables) and the NYT piece? The first is an all-or-nothing statement that goes beyond just reporting the facts and makes value statements, and the second is a call for people to have conversations about 230’s issues, but to make sure they understand the actual law as written first. Arguably, the NYT piece is as much a counterpoint to the EFF piece as to the American Conservative article.

Pen, thanks for sharing the AC piece, it has a lot of really pertinent history about the law and its legal context, which is important to understand. At the same time, I want to point out that the work being done by Cruz and Hawley is all predicated on a bad-faith argument about “political neutrality.” The fact that Cruz has brought up Fairness Doctrine when talking about this is a big red flag, given that, well…here, read this: http://broadbandbreakfast.com/2019/08/part-iii-the-gop-wants-to-kill-the-fairness-doctrine-then-applies-it-to-the-internet/

This stuff is inherently political, and I don’t think we can talk about it and remain 100% apolitical. At the same time, if we can maintain a focus on the best interests of people at large, I believe we can navigate the political interface in a way that’s constructive and doesn’t just devolve into partisan signaling.

I really, really think conversations about 230 matter. I do worry that the conversations being had in Congress right now are…well…terrible ways to approach the issues. But the issues do exist, and solutions are going to need to be found, which means talking through the problem. Hopefully this community can help incubate some of those conversations. We’re going to have to hold ourselves to a high standard of honesty and nuance, though, and I’m really hoping both of you are up for engaging with the subject in that spirit.

Can we shake on it?

@joseadna The fiirst post was aimed for the basic explanation of what section 230 is all about. My second post was a reply to @penmanship post. A distinct perspective on the issue of section 230. Lawmakers from both parties are rethinking section 230 as we know it. Democrats are complaining about problematic contents. Republicans argue about conservative bias and political neutrality. Since this law was created in 1996. Well before Fb, Twitter etc. a lot of things has change .The task of online moderation and the power and influence of online companies has change in a big way. Rethinking should be done wisely. Its important to get it right. Changing section 230 might have hard to predict consequences. Questions must be asked what kind of internet we want in the future and balancing freedom of expression and reduction of harms.

You don’t have to worry about me @joseadna , I’m unaffiliated, love talking politics and I don’t insult people

It’s ironic that CDA had the exact opposite effect of its intent. It was intended to make the internet more safe. But if you look at the long case history (https://en.wikipedia.org/wiki/Section_230_of_the_Communications_Decency_Act#Case_law) it had the opposite effect. It caused all the wrong types of behavior to flourish online by granting network companies legal immunity.

I agree that neither major party is interested in improving the law or society, but only getting an advantage over the opposing party. It is typical for them to use their position to further their own partisan agendas.

My analysis of CDA 230 is that in 2019 it gives corporate interests - not just internet companies, but the advertisers that bankroll them - too much power over public discourse. All public discourse has moved online for convenience reasons: everyone has internet access all the time. That’s not going to change if the legal environment for Goog/FB changes. If section 230 was repealed then I think there would be a renaissance of internet services and free speech online as Google/Facebook/Twitter’s business models stop being viable (at least at the current scale).

Realistically I don’t think there’s any way CDA 230 is going to be repealed. That would wipe out the internet industry as we know it. The government is very nervous about hurting big public companies. But it could be refined to serve the American people better. For example, you could a condition on it that it only applies to non-profits like Wikimedia Foundation. Or you could stipulate that it only applies to subscription (paid) services. This would expand the reach of the courts on the internet to redress citizens’ grievances. And it would give the largest companies (those which Congress is always so concerned about) a way to minimize the damage to their stock price by restructuring to contain the legal risk in one smaller entity. In fact this is something Google already had to do (see Alphabet) once they started expanding internationally and you can see it hasn’t harmed them at all.