The effects of tech monopolies on the broader society

In many of the topics on this forum we have highlighted various problems that arise from tech monopolisation. Most of these topics dealt with the obvious Big Tech players, primarily Facebook and to a lesser extent Google (though the biggest monopolist in a way), Apple, and (hardly ever mentioned yet) Amazon.

But the problem of monopolisation is much bigger when you look at disruptive unicorns that have come up quickly, and that are active in very specific business domains. These corporations and unicorns are not generic social networks, or pervasive surveillance capitalism businesses, but instead they dominate very specific branches.

So I’d like to dedicate this thread to examples and discussion on these disruptors of society. Think of Uber, Airbnb, and also Amazon (who jumps from branch to branch with the goals to utterly overtake and dominate them… with great success until now).

I kick off with an example of Airbnb and its impact on capital cities in the world: An article in The Guardian highlighting the myopia of the EU Commission to see these problems in favour of ‘stimulating the Sharing Economy’ (while the opposite is the result):

Commission is hypnotised by ‘sharing economy’ and not seeing its downside, says researcher

An article describing the detrimental effects of Airbnb and other initiatives in the so-called ‘Sharing economy’ on our cities: 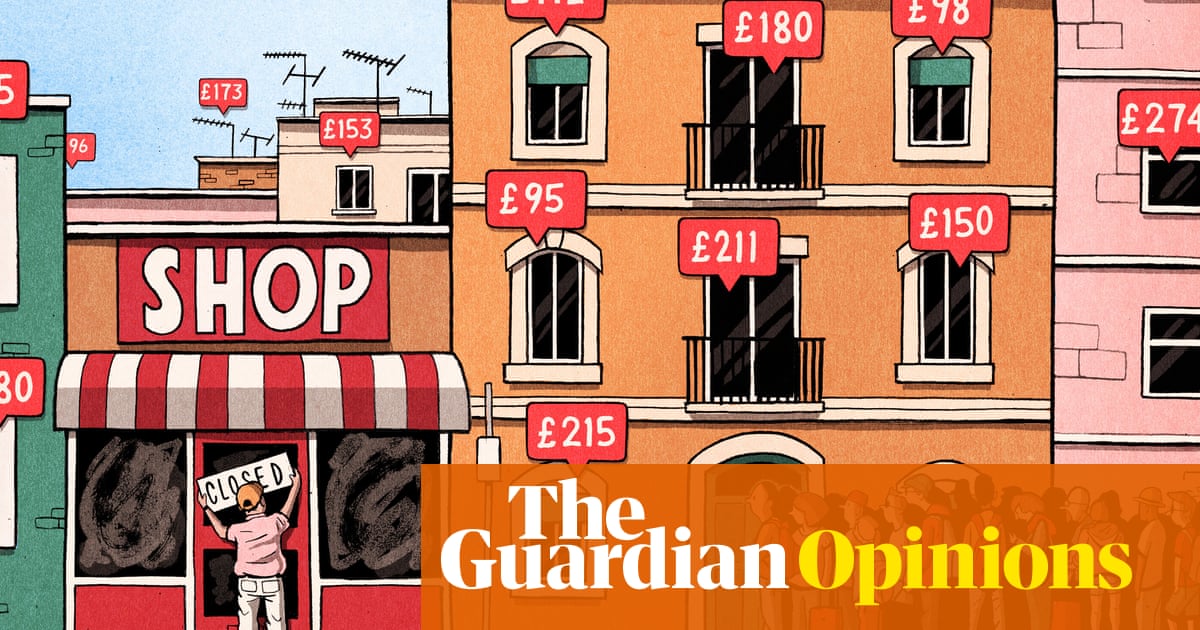 Airbnb and the so-called sharing economy is hollowing out our cities | Gaby...

The plight of Barcelona shows the damage Airbnb can do, exacerbating urban inequality and freezing out young locals, says Guardian columnist Gaby Hinsliff

Yes technology is enabling people to travel, interact and mix, but that is helping make the world a more tolerant and understanding place. Fears of too many foreign people going to the beach (omg!) and displacing indigenous hipsters are reactionary even if they seem well-meaning. Every populated place in the world has local people, and we all share the world otherwise we’d never go anywhere. Many older city centers in developed countries are no longer suitable for either living or working due to today’s higher living standards requiring more space and the explosion of population over the years. The solution lies outside of city centers, moving everything from tourism to work to living there and also making these places more interesting.

We need to respect what’s also transpired and understand that more is coming and that going back in time to live lifestyles from the historical past is not an option. We shouldn’t build virtual walls. Instead we need to adapt to the new paradigms.

Technology has brought globalisation and that’s made our lives better (more diverse, higher human development in emerging countries) than in the past. This interconnectedness is only going to increase, affecting not just the flow of information but also the flows of goods and people until probably one day the world will be more equal and life will be better in every country - and not just for the privileged few who come from these enormously wealthy cities of the richest countries in the world and don’t want to share.

You highlight the positive sides, and the fact that change is inevitable, and you are right in a way. But there are aspects of this - those that make this a Humane Tech topic - that are really negative and should be avoided and actively fought against.

Airbnb came to market with the message “We will democratize the hospitality sector in a way to allow anyone to offer the same services a hotel and similar establishments do, creating a market for both the supply-side (I rent my space to others) as well as consumers (I have cheap places to stay), by offering a technology platform to make that really easy.”.

Initially this was all nice and well. There was a great culture around it, and you got to know the locals in the places you visited, etc. (this is still true in small towns/countryside). But now that the market has professionalized, there are real problems arising from this, and Airbnb doesn’t really care that much about it (unless it threatens their bottom line). They are just the technology provider, right?

Many older city centers in developed countries are no longer suitable for either living or working due to today’s higher living standards requiring more space and the explosion of population over the years.

I don’t know about Paris, but Amsterdam was/is a very livable city. But Airbnb is actually diminishing that livability! Amsterdam is full of students and expats (working there) that can no longer find affordable space in the center, nor can they find them in the suburbs (because those have the more luxurious homes). So they necessarily live far from the center or accept crappy living spaces at high expense.

Amsterdam consists really of a number of ‘villages’ that are grown together to a city, and even the Red Light District used to have a close-knit community of locals. That social fabric is now eroded because less and less houses become available for locals…

Landlords, when they renew their contracts, put huge price increases on their rent, just to drive renters out. This so they can offer their home for Airbnb, which is more profitable. After this conversion an ongoing stream of tourist visit these houses, who do not care about the neighborhood, are rowdy and loud, use drugs or are drunk. They make the neighborhood less attractive for locals. It becomes a vicious circle of decline.

The moral of the story is: Once again the promise of the tech companies to ‘improve the world, offer better ways’ has been found void, and (of course) it is all about the money.

This interconnectedness is only going to increase

I agree on the global trend, that this will be the case, and I won’t go into the pros and cons of globalization here (off topic in terms of monopolisation trends), but in Amsterdam and other cities around the world the municipalities are scratching their heads on whether Airbnb (and similar companies, such as Uber) are as good as they thought they would be. Sure, for Amsterdam the tourists bring a lot of income to the city. But the center has become unlivable. They don’t want to become the next Florence, Italy that by tourists is seen as some kind of theme park (in Amsterdam even, American or Japanese tourists sometimes ask where the exit is).

Local governments are increasingly prepared to regulate and restrict the activities of Airbnb, Uber, etc. helped by public opinion of their citizens. But it is a fight against giants.

(Okay, Alex, you know my take on globalization, so you’ve drawn me out to add

: IMHO globalization is a ‘business requirement’ of modern capitalism, to make it thrive, but for the power brokers in this game the positive effects of globalization are just unintended and mostly negative side-effects (higher wages --> higher production cost --> incentive to move production away, or lower standards in other ways). My belief is that we have failed economic systems - but just don’t realize this fully still - that lead to a zero-sum game, a race to the bottom, if left unchecked. The system would work if we had unlimited resources, and infinite growth was indeed possible. I see these failed system as a root cause for most our problems (and also the reason why it is worthwhile to often forego humane technology, for that matter))

To bring the discussion back to _monopolies and the need to curb their negative influencesI (i.e. to focus on the solution side), in the case of Airbnb we should think of ideas/rules/regulation - maybe win-win scenario’s even - that allow Airbnb to operate, but without the negative side effects.