GAIA-X: Infrastructure and Data Ecosystem according to European values and standards 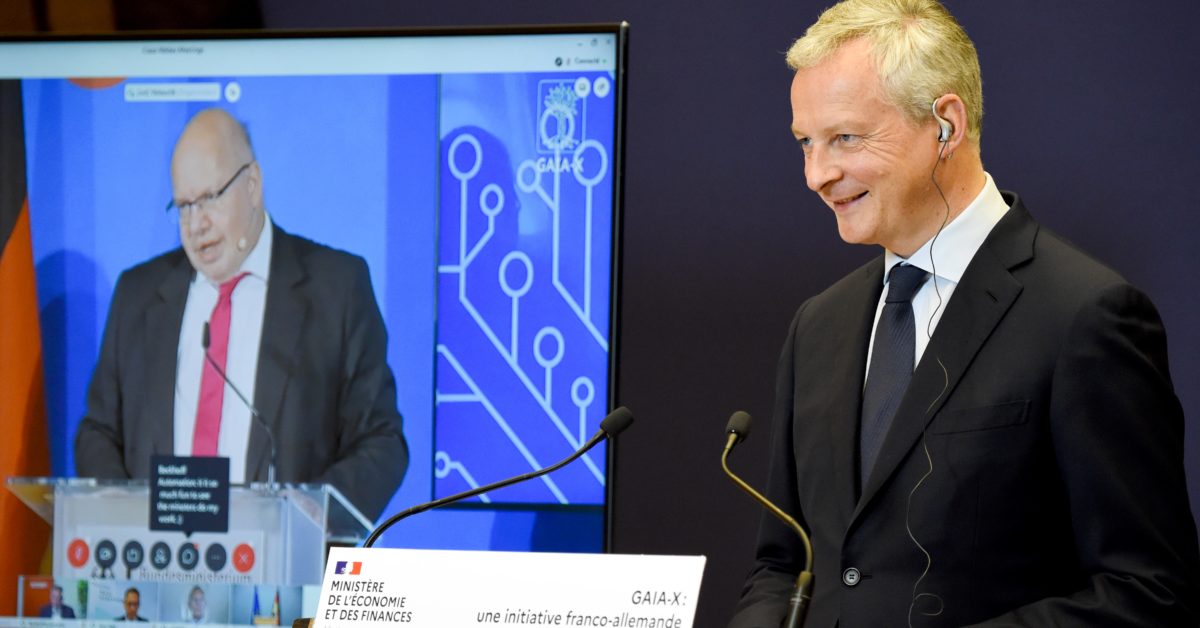 The cloud initiative aims to provide companies with an alternative to Amazon Web Services and Alibaba. Skeptics say it may empower the giants instead.

So Germany and France are rallying European Union companies to help free them of US and Chinese tech companies. They call it Gaia-X. It’s a nonprofit project!

Gaia-X aims to unify and expand EU tech companies and the EU’s own stricter and more bureaucratic standards for data protection. However Gaia-X is also open to foreign companies which meet the same standards.

It would be really great if this works! I personally don’t know of any track record for these kinds of projects. It seems complicated and I don’t know the details. Anyone here has any idea of what’s going on, knows of the details, or knows the odds of this working?

Yes, this is interesting indeed, @Free!

I only recently bumped into Gaia-X on the Solid forum and then later on Hacker News (where predictably the reactions were quite negative).

I think the biggest risks for this project is that it becomes a huge slow-moving bureaucratic ‘design by committee’ effort, and that it will attract those companies that just want to dig in the money pot by proposing vaunted, buzzword-laden, overly-ambitious IT projects. In any case I am positive about the project, as it will certainly have many spinoffs and motivate people with the spirit of the initiative.

Here’s more information on the project (the page lacks SEO):

Note the name ‘federated data infrastructure’ implies broader scope than just ‘cloud providers’, but that is where it starts. You can already see the ‘buzzword-positioning’ by going to the use cases section.

In a broader sense, and a bit out of direct view - under the radar - I see a (mostly European) trend towards ‘Data Sovereignty’. I think we mostly have GDPR to thank for this to pick up steam on the technical side, while the dominant positions of US/Chinese tech giants and increasing government surveillance provides the political incentives.

Very interesting for me is to see a lot of innovation in Decentralized Web FOSS projects which is also dominated - it seems to me - by Europeans. Lots of innovations being tested/elobarated in concrete projects. I see a lot of French and German FOSS developers here. But it could be I am biased in this regard, as I spend a lot of time on the Fediverse where these people congregate

Thanks for the link Arnold. I too am suspicious of government tech projects, but “this seems different”.

I’ve read over the technical specs and it seems like they’re inspired by ideas from the many discussions you and I have been having in this forum over the last few years. They are attempting on doing exactly what we have been recommending: creating a non-profit government-funded private, federated and secure interoperable tech to counter Silicon Valley’s non-private, centralised and insecure walled gardens.

Note that this could be very competitive as a federated system would ensure only nominal profits and hamper Silicon Valley’s monopolistic profits. Also as the ecosystem would be (more) private, secure and interoperable, it would offer a superior alternative to the anti-competitive tech of today.

I think maybe the Germany and France have finally discovered the some of value of competition and capitalism. Because to me it appears to be an attempt to create properly regulated capitalism that levels the playing field at the expense of devouring US tech monopolies.

Of course it could all fail, it could be behind the pace of technology, or maybe as a nonprofit they’ll just lack motivation.

From the extremely valuable and balanced Hacker News discussion:

"it’s another project with a dream of restoring France to its old glory by an old guard convinced that somehow their country is so exceptional that it can just launch any product and that people will switch to it.

The story is more sinister when it comes to cloud platforms. A government project to free its companies from American domination over this sector will typically involve a bidding process in which established and well-connected companies with a history of costly, slow, outdated tech will win the contracts through their political connections with no consideration for their capacity to deliver or innovate. MPs will make sure their buddies get the contracts.

It’s always the same thing. Old, well-connected companies that have zero ability to innovate and not a clue about the domain will rake in hundreds of millions in taxpayer money and deliver some garbage platform that no one will use except other government-funded moonshot companies. Always behind, always getting paid, never actually doing anything remotely useful.

Source: I am French. I know how this works, I’ve seen these ridiculous projects get political support and fail miserably due to corruption and ineptitude."

I’ve read over the technical specs and it seems like they’re inspired by ideas from the many discussions you and I have been having in this forum over the last few years. They are attempting on doing exactly what we have been recommending: creating a non-profit government-funded private, federated and secure interoperable tech to counter Silicon Valley’s non-private, centralised and insecure walled gardens.

I agree, Alex, let’s give this our (small, but additional) weight of support, and at least incorporate all the goodness that comes from it!

From the extremely valuable and balanced Hacker News discussion

Ha ha, I guess I was covering my ass a bit for people who say that I am too favorable of HN all the time

There is a negative undertone, but it is balanced out by follow-up discussion (I reread the thread this morning).

Edit: There was additional discussion on the PDF technical paper on Hacker News: https://news.ycombinator.com/item?id=23445536