MeWe.com has been described as an alternative to Facebook. I have gathered here comments on it and want to propose it as an exemplar of a social network. Sir Tim Berners Lee sits on the MeWe board, so a trusted authority helps to guide its design.

Alternative to Facebook that is Moral and not built on Ad $$? Judge my App

As a possible alternative to FB I would like to bring MeWe to your attention: I know that @patm has recently started using it, so you could as her for her experiences… About: MeWe founder, Mark Weinstein, dreamed of the next generation in online communications, envisioning a social and chat app that would give people everywhere the most exciting and helpful sharing technology with privacy built into the design - where members would feel safe and respected. It’s your show. Share your worl…

Be a Producer, Not a Consumer Wellbeing

Pat, here is a new approach. @aschrijver suggested mewe.com to me, and I am trying it out. Without ads and constant bombardment by marketing messages, it is like an empty spot in a noisy shopping mall. When you first create an account, it can be disorienting because you are given a blank canvas. Gulp, you think, I don’t know what to do… But then a thought comes to you and then another, and suddenly you are filling the canvas with color and things you love. So mewe challenges–and allows–you to b…

Mark Weinstein, the founder of MeWe.com, posted this announcement about Facebook’s banning discussion of MeWe. [16%20PM]

This is what I wrote to @scottcapener in August, when we were talking about his app Parallel. All of what I mentioned above applies to my presence on Facebook. Let me add these comments: I tried advertising for my small business and discovered it was a waste of money, time, and effort. It attracted people who didn’t want to be customers but who just wanted to comment on my effort–or, worse, discourage me. FB serves an important social purpose, giving people a sense of belonging, whether to a…

The Humane Tech Community is now also on MeWe.com Announcements

We now have an account on MeWe.com, which has been discussed on this forum and recommended as an alternative to Facebook. Please join us on MeWe and share this information with your friends and colleagues. We hope to see you all there

Haven’t heard of it but has anyone had any experience with MEWE? They took out a full page ad in the NYTimes recently.

I’ve been on MeWe for several weeks now and am very happy with it. I don’t have the social circle I had before, but that’s OK. A few close friends followed me, so when we respond to each other, it feels more immediate and intimate.

I have also created a MeWe page for my office https://mewe.com/join/manoa_journal and promoted it on our Facebook page. People are coming over, one at a time. On our MeWe page, I post content not available on FB or our website.

MeWe also has features FB doesn’t and is FREE OF ADS! I can’t stress enough what a difference that makes.

The other big plus is that when a friend posts something on MeWe, it gets a lot of my attention. My attention is not divided among ads, other people’s posts, recommendations of friends, and so forth. MeWe makes possible that focused, more concentrated attention. 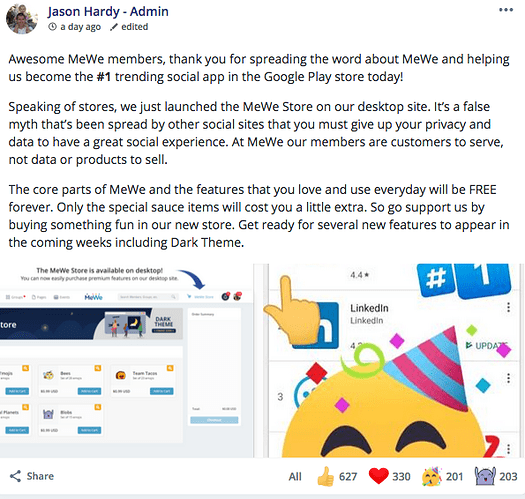 Some updates on MeWe.

I joined the Solid (the decentralized technology driven by Tim Berners-Lee) discourse forum yesterday, and came upon this MeWe related post by Mr. Berners-Lee: 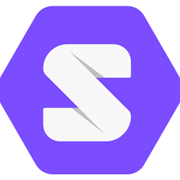 Is Social Network, MeWe, Really Planning to Use Solid?

I can’t tell if this is real or just a PR move, but the founder of social media network, MeWe, is claiming that they will somehow use Solid: Mark Weinstein has also managed to get Tim Berners Lee on board as an advisor. The pair text and meet in...

Yes, I can! Mewe is a social network which has been around for a while. It is different from many in that it does not do bad things with user data. It has a privacy bill of rights. I have supported the concept because a social network which respects privacy is a good thing. Yes Mark and I chat every now and again. Disclaimer: I have some shares. I use it to a certain extent as well. I have (not surprisingly) suggested that they should give every user automatically some solid space - a solid pod. I don’t know whether their engineering team will be able to pull it off before anyone else! But to go back to their core mission, to respect user’s privacy, they deserve respect for that – whether or not they are solid compatible. People who have found the abuse of privacy elsewhere frustrating have ended up there.

Interesting discussion ensues. Google is shutting down their Google+ social network 3 months early because of a data breach, and a huge mass of users are now looking to find a new social media home. MeWe is trying to get a good share of that pie.

There is also mention of OpenBook looking to incorporate Solid into their social network (though they will continue to be a centralized for the time being).

Also the discussion drew my attention to MeWe’s Privacy Bill of Rights, which is rather cool and fits in with our project idea on Digital Rights: 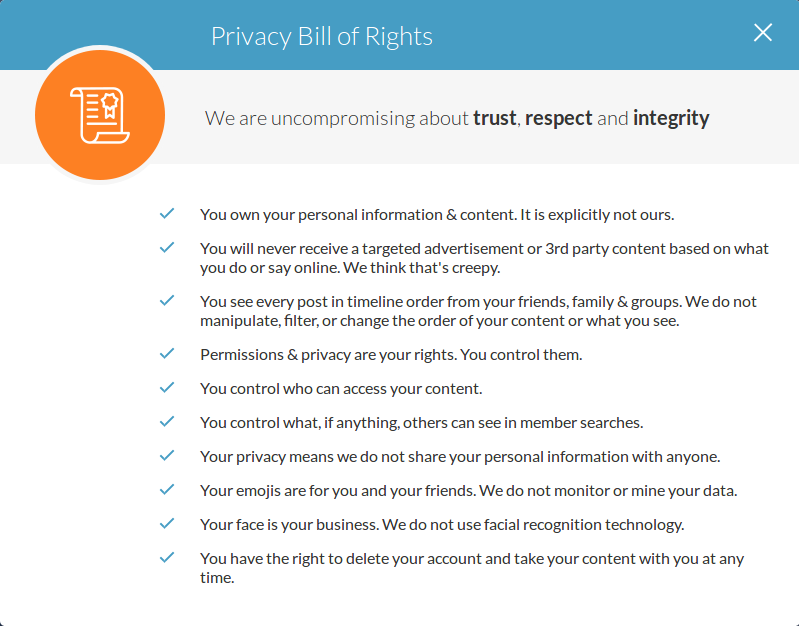 I’ve just sent a request to join the Human Tech group in MeWe. I want to go deeper on this social network. I’ve used my name for the request: Germán

A new piece on MeWe: 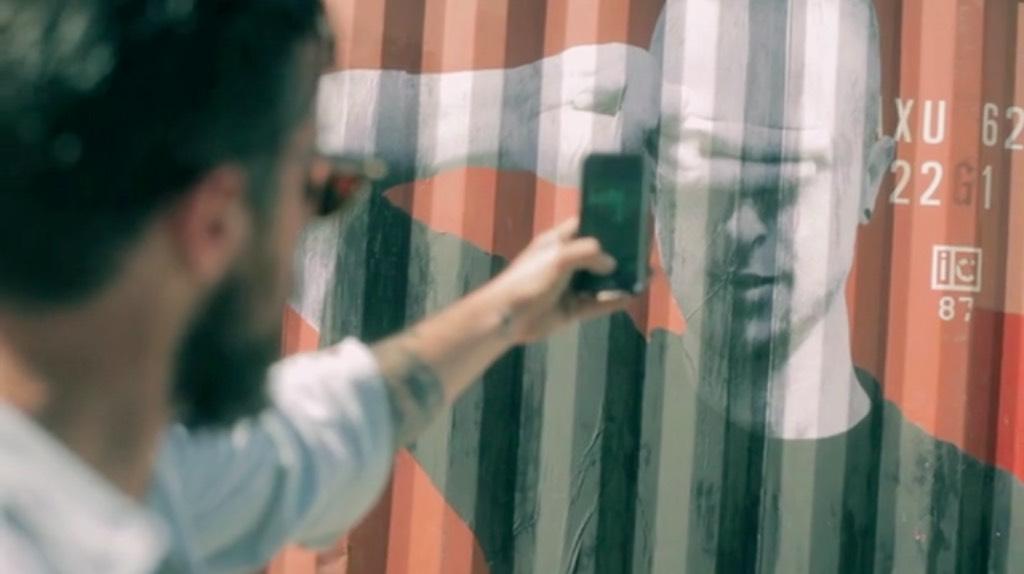 Can MeWe become the anti-Facebook of social media?

MeWe calls itself the 'next-gen social network' for self-expression without sacrificing privacy.

How to validate the Privacy-First claims of MeWe?

One purpose of having the Exemplars of Humane Technology category is to monitor in which ways the exemplar adheres to humane tech, and discuss where things can be improved.

In this regard Nick Bell posted this to the Solid forum:

“MeWe has not earned trust yet - it’s easy to say you’re pro-privacy but confirmation requires endorsement either with time or critical analysis of source code.”

A good point. And some follow-ups:

"What exactly does MeWe need to do to satisfy your concern that it is pro-privacy? Should it submit to an independent audit? Should it publish its source code? Should open data models be the one ones acceptable for online businesses that promise to protect one’s data?" by Frank Bajak

“It is hard for any company to take a convincing position on privacy, or anything else. How can they be held to account? We’ve seen time and again how over time users offered one thing end up being caught with another. It’s a tricky problem for companies and users. Companies can gain trust in various ways, but it is right that we should not rely on words alone.” by Mark (the Webalyst)

Not giving any opinion, but it is worth investigating the privacy-first claims in more detail.

How to validate the business model and mission of MeWe?

In the same Solid forum thread as mentioned in previous post, there was a post to a Google Plus discussion regarding Google+ users (Google’s social network that will be shutdown soon) mass-migrating to MeWe.

The question raised is whether MeWe can be recommended as a migration target, given that it is created by a private, for-profit, venture-capital (VC) funded business. Is MeWe any different than, say, a young early-days Facebook, making promises to improve the world?

Say no thanks to MeWe I do not understand the enthusiasm with which many use...

Say no thanks to MeWe I do not understand the enthusiasm with which many users being abandoned by a "good" corporation's closed garden are running towa... - John Lewis - Google+

Because Google+ will shutdown, I copied the discussion thread to its own topic (it is quite long to add here): Google+ users on whether they can recommend MeWe as a social network to migrate to.

Again taking no opinion (I am not a MeWe user myself), this point is worthy of more discussion.

Good day all. I may have found this site when I was researching what SOLID is. Probably through this comment left on SolidProject.org:

to see both social networks tick the ‘Decentralized’ humane tech checklist item in the future, when adopting Solid!

I’ve read through most of the material on this website and have started looking through the community here. But may I ask if there is a checklist of humane design gathered in one place? I didn’t notice it on the main site, only what such tech would avoid.

But may I ask if there is a checklist of humane design gathered in one place? I didn’t notice it on the main site, only what such tech would avoid.

Good question @ShawnPConroy, and welcome to the community! No, this does not exist yet. We’ve been mostly a forum for a long time. The Humane Tech Community (HTC) is reorganising and we intend to have this in the future. We are closely affiliated but operating independently of the Center for Humane Technology (CHT). Currently we are organising around a new mission and vision. You can read more about this in: Be a Builder ❤ Help Improve Wellbeing, Freedom and Society !